Back in the late 1980’s Self Investment Personal Pension (SSIP) and Small Self-Administered Schemes (SSAS) were launched but didn’t really take off until A-Day in 2006. At which point many people made the decision to transfer some or all, of their pensions into a SIPP or a SSAS for the purpose of making investments. Also, in 2006 the Qualifying Recognised Overseas Pension Scheme (QROPS) was also launched and whilst not as popular as the SIPP or SSAS it was still used to transfer and invest individual pension funds. 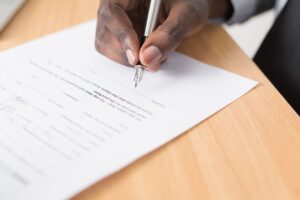 Are you a victim of mis sold investments?

In many cases these transactions resulted in the investor losing part or even all of their pension fund.

Can I claim compensation for mis sold investments?

If this has happened to your pension fund, you may be able to claim mis sold pension compensation against either the IFA involved or, where an IFA was not involved, you may have a claim against the SIPP Trustee under the mis-selling guidelines regulated by the FCA.

This still applies regardless of when the investment/transfer of funds took place and whether the IFA or SIPP Trustee is still trading.

Contact us today about your mis sold pension investments and we’ll help you claim compensation.

Claims can be made by individual claimants for free by either contacting the Financial Ombudsman Service or the Financial Services Compensation Scheme.